Blurb:
All Katarina wants is one night away from stressing over school. One night free from the constant bickering with her mom and stepdad. One night to cut loose and live a little.
One night… that will destroy her innocence and change everything.
Every day feels like a struggle, everyone casting their own judgments her way. Everyone… except James. With his easy smile and kind demeanor the young  cafè owner swoops in just when it feels Katarina’s world is crumbling around her.
James wants nothing more than to be the pillar of strength Katarina needs, but dark secrets from his past have resurfaced and refuse to be ignored. With more to lose than ever, he realizes it’s time to stop running and face the darkness that haunts him. Fighting through his own turmoil, James finds the strength to be her salvation when it feels the rest of the world has turned on her.
During life’s darkest trials, battered hearts can only be saved… by love.
Buy Link:
Amazon: https://amzn.to/2OCDSK8

Sarah started writing her first novel The Night He Saved Me in her free time while being a stay-at-home mom. Then one day, it started to flow, and she was writing “The End” in a matter of two months.
When she isn’t writing, she is enjoying the southern life with her husband, three kids, a Saint Bernard—who is still adjusting to the southern summers and Bruno a rescue dog. She can’t go a day without her coffee in the morning—and a few more cups during the day and her late nights writing.
She enjoys reading Contemporary or New Adult Romance and going to the pool or beach as much as she can. She loves all things Disney and collects Disney mugs to drink her beloved coffee in.
Author Links:
Amazon: https://amzn.to/2O0pePR
Goodreads: https://www.goodreads.com/author/show/7104741.Sarah_Stevens
Twitter: https://twitter.com/SarahSauthor
Facebook: https://www.facebook.com/SarahStevensauthor/
Newsletter: http://eepurl.com/dFwRgb
Bookbub: https://www.bookbub.com/authors/sarah-stevens-4805624c-9b25-4e57-bdf8-fc7911abe1fb
Buy Link:
Amazon: https://amzn.to/2OCDSK8 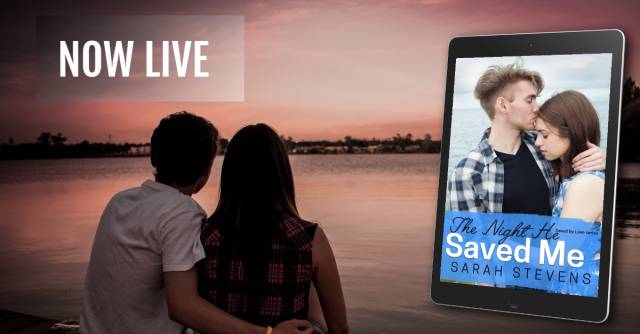 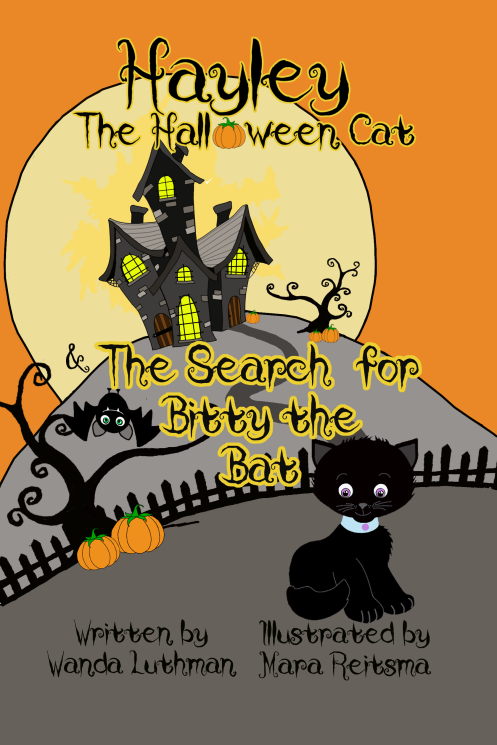 Hayley the Halloween Cat and The Search for Bitty the Bat is about two friends preparing to celebrate Halloween only Bitty has gone missing. Hayley asks everyone if they know where her friend is hiding. Pretty soon everyone has joined in the search. But Bitty has a wonderful surprise. Come on the fun, character-filled hunt with Hayley! 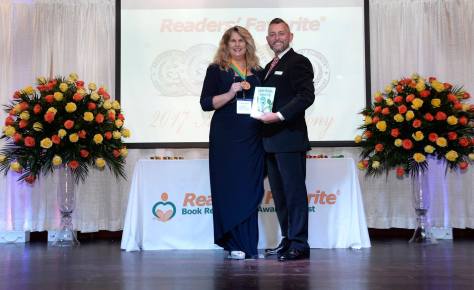 Rebecca is an eleven-year-old girl whose father has taken a job in a new town.

This means she is forced into a new school.

Shorter than most her age, and not quite as intelligent, makes her a prime target for ongoing bullying.

The only thing she can trust in, confide in, is her Diary.

A story about the real danger of bullying which every child should read.

This story is fictional but based on a true to life event. 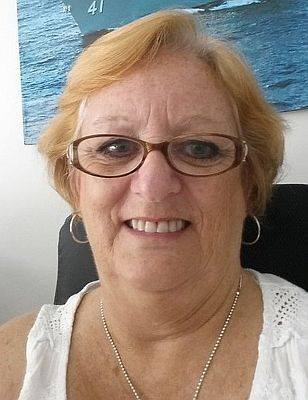 I have written two children’s books during my career.

This is my second, dedicated to my nephew who took his own life just a few weeks after he turned twelve years old.

I have five grandchildren who are subjected to bullying, a coward’s way of displaying power over another and occurs at any age.

Hopefully through this book, both children and adults will learn how dangerous bullying can be. It’s not something which can be dismissed as a childhood ‘stage.’

My first book – Secret Beneath the House – is the story of two children left alone for the day. What they find under the house is another magical world.

I have been married for 43 years, have 2 married sons and 5 gorgeous grandchildren.

Hubby and I are retired and love to travel Australia with our caravan, our elderly Jack Russell dog – Caellagh (Kelly) and a very opinionated Cockatiel called Rocky.

Where to find the author

Gloria and the Unicorn is a story that will delight you as well as pull on your heart strings.  Suitable for 6 -12 year olds

This little girl struggles with her facial disfigurement and desperately wanting to fit in.

Gloria’s mother died at birth and her father gave her to Miss Libby, the owner of a children’s home. Miss Libby loves the little girl and feels protective of her. After a conflict at school, Gloria never wants to go back, but she desperately wants to learn how to read.

It’s not until Sir Louie, a magical unicorn shows up, that Gloria starts to believe in herself. She then she finds herself in an even worse situation as she encounters the evil Wizards of Malcadore who want to kill her.
Gloria must decide if she will face her fear of certain death to save her friend, Sir Louie, or lose him forever.
Come along on this marvelous journey with Gloria And The Unicorn.

About the author.
Wanda Luthman has her Masters of Arts in both Mental Health Counseling as well as Guidance Counseling from Rollins College located in beautiful Winter Park, Florida. She worked at a community mental health center for 10 years before transferring into the public school system as a guidance counselor. She’s worked at a high school for the past 17 years. She has also been an adjunct professor at the local community college and presently works with teens who have lost a loved one through Hospice. She has always loved reading and writing and wrote many books and poems as a child growing up in Missouri. She presently resides in Brevard County Florida with her husband of 20 years, her daughter, and 2 dogs.

Interesting storyline, well crafted. The author has the ability of gaining the readers attention and never letting go. Not my usual reading genre but was recommended by a very good friend – I’m glad she did!!

An intriguing YA thriller, “Stone Cold” presents the truly ugly side of bullying, whether it is as simple as older children demanding a younger child’s lunch money, or more complex such as backbiting and hurtful gossip, or even more maximal, such as crimes against persons and against property–all in the name of “looking out for number one,” and let the rest of the world-all the victims and potential victims-suffer. In this story, the tables are turned, and for once a lifelong victim of bullying finds she-or someone like her-has the upper hand and the power to influence change.
“Stone Cold” is also a story of moral values, and of justice vs. retribution, mercy vs. vengeance, and friendship vs. the need to be part of a clique. I think it will find a wide audience, because there are very few who haven’t been the victim of at least some form of bullying, gossip, betrayal, at some point in our lives. Yet not many of us would go to the extent Billy does to solve her problems, and to prove herself superior to her detractors.

One moment, Billy was on her way to the bathroom, the next she was standing outside the hostel covered in mud. She couldn’t remember having a shower, let alone going outside.

Why on earth would I go outside in my pajamas, barefooted? Billy wondered bewilderedly.

The iced chill of the air stabbed through her clothes like daggers. She’d never felt so cold before. She was about to make her way back, only after taking one step, she stopped. A sharp pain pierced the bottom of her left foot. When she lifted it up to have a look, she was surprised to see the sole bleeding.

“How on earth did that happen?” She said aloud.

Billy limped her way back to the hostel, but stopped when she reached the front door.

If I walk through the main entrance I’ll have the supervisors and Professor Brian on my case, and I don’t particularly want to answer their questions.

The last thing Billy wanted was for everyone to know about her sleepwalking escapades, if that was what it was. So she decided to enter from the back. Luckily, her dorm was not far from the backdoor.

It appeared that everyone was asleep, and she managed to creep past without waking anyone. Carefully sitting on the edge of her bed, she lifted her foot up to have a closer look.

“Where have you been?” Susan whispered loudly, making Billy jump. “Jesus what happened to you?”

“Ssh, I don’t want to wake the others,” Billy answered. “Listen can you swipe some dressings and antiseptic and meet me in the bathroom in five minutes? Don’t tell anyone, okay?”

“Sure,” Susan agreed and climbed out of bed.

Billy grabbed clean nightwear and then limped to the bathroom. She noticed her toiletries lying on the floor under the bathroom mirror. As she bent down to retrieve them, she caught a glimpse of her reflection and couldn’t understand how she’d gotten into such a state. Dried mud covered her pajamas and most of her hair. Maybe I decided to have a mud bath instead, she laughed at her joke.

Billy took a quick shower and reflected on her dilemma.

So far, only Susan knows about the incident. I hope it stays that way. I can’t get it straight in my own head, let alone having to explain it to anyone else. How am I supposed to explain why I was outside in the first place without sounding nuts? I’m glad Susan knows, though, as I really need her help.

Dressed in clean nightwear, Billy waited patiently for Susan, and giggled when she turned up minutes later with her hands full of first aid products.

“What did you do, raid the box?” Billy laughed.

“Well, I didn’t know what you’d need,” Susan replied uncomfortably. Dying to know what had happened, she held her tongue until Billy finished cleaning and dressing the foot.

“So, where have you been?” Susan asked impatiently.

“Don’t laugh, but I was sleepwalking,” Billy said.

“You couldn’t have been sleepwalking; you haven’t been to bed yet.”

“I know. I fell asleep in the bathroom.” Billy smiled falsely

“I guess all the hard work and fresh air has finally caught up with me. I’m totally shattered.”

Billy was relieved that her explanation had worked. Actually, Susan had quite a giggle at her expense. Luckily, she didn’t question her any further.

Billy got through a restful night without anyone else finding out about her little escapade, and in a couple of days, she totally forgot about the incident. That was, until it happened again. In fact, it happened twice.