Please tune in live for this very special show.

Here’s a link to the archived show.
http://media.artistfirst.com/ArtistFirst_Karina_Kantas_2020-07-10.mp3 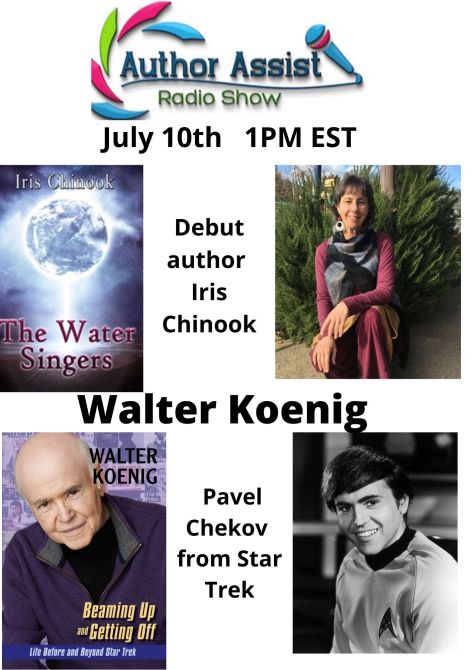 The original word derives from the Tahitian word tatau. ‘ta’ meaning hand, repeated twice to represent the action. And ‘u’ which means colour.

Tattooing is an art form that can be traced all the way back to 3300BC.

Tattoos were first used as a symbol of rank, identification, for protection, to display someone’s lifestyle; such as gang members, armed forces, and prisoners. Nowadays, they have become a popular body decoration. Including cosmetic tattooing known as permanent make up. Tattoos that enhance the eyebrows, permanently colour the lips, eye lines, and even moles.

Tribal cultures cut designs into the skin using non-electrical tools cut from bamboo or metal, and then rub ash or natural dye in the wounds. This is a ceremonial, coming of age custom, which is sure to hurt!

These days, in European countries, tattoo artists use a hand-held electronic machine. Groups of needles are attached to an oscillating unit. Needles drive in and out of the (dermis), second layer of skin, usually at 80 times per second while ink is inserted.

*Did you know* Samuel O’Reilly invented the first electronic Tattoo machine in 1891.

A tattoo is a wound, and like all cuts and scratches, prone to infection.

To lower the risk of infection, follow these steps.

There is a risk of Herpes Simplex Virus, Tetanus, and Hepatitis if the instruments have not been sterilized correctly.

There is also a chance of an allergic reaction caused from the ink pigment. Most tattooists will recommend performing a patch test.

It depends on your pain threshold. Some say they feel a tingling sensation, others like being stung by a nest of hornets. Again, it depends on the size of the tattoo and on which part of the body the design is tattooed. A recent survey carried out, showed that the fear of pain is the main reason why people will not have a tattoo.

There are two ways to get rid of an unwanted tattoo. The first is what’s known as Cover-up. You get the tattoo covered over with another. Not a great result, but at least you got rid of your ex’s initials.

The second way is to have laser treatment. This procedure can remove up to 95% of the tattoo, but it is said that the cost and pain will be greater than when you first got the tattoo done. Lesson learned I think!

A recent survey showed that the most popular place on the body to have a tattoo is on the back. People spend anything from $15-$500 on tattoos. 50% regret having the tattoo done. Surprisingly, only 30% felt any significant pain. The most popular kind of tattoo in Europe is symbols, such as star signs, Chinese symbols, and tribal patterns. In America, stars are thought of to be the most requested tattoos.

Henna tattoos are the most popular form of temporary tattoos. In the tourist resort where I work, there are 14 tattoo parlors selling Henna and permanent designs. Everywhere you look women are walking around with Henna tattoos on their arms, legs and back. The guys have then on their upper back, below the neck and the top of their arms. The artist will trace the design onto paper and place it on the desired part of the body. The print remains on the skin and then is drawn over with a special pen. These tattoos can range from lettering, symbols, to animals and flowers. Draw your own design and the artist will turn it into a tattoo. Henna Tattoos can last between 7-14 days.

*Did you know* tattooists traditionally refer to the small bikini line tattoo as ‘Tramp Stamp.’ Might be wise to think about having your tattoo on the shoulder or ankle.

Greeks don’t have a love for tattoos, so there was no way my hubby was going to permit me to get a permanent one. Actually, I had no interest in getting a tattoo until I had my first Henna. I’ve been collecting frogs since I was 15, so a frog tattoo was ideal for me. I had the Henna done on my left ankle it looked as though the frog was climbing up my leg. It was so cool and I deliberately wore skirts just so I could show my tattoo off.  I was very disappointed when it started to fade. I wanted to grab a black pen and go over the design. However, I allowed it to die away, as hubby had already agreed how awesome it was and allowed me to get a real one. It hurt like a mother….

Paul, a professional tattooist from the UK, recommends anyone who is seriously thinking of having a tattoo done, to look through tattoo magazines, and when in a studio, ask to see the artist’s work. He said that people that come in already have an idea of what they want and pick a tattoo that means something to them.

Think carefully before you get a permanent tattoo. Many get them done on impulse and then regret their decision, soon after. Others love their life-long tattoo. It may be best to try a temporary tattoo first to see you can live with it. A tattoo is a big deal it’s a life-long commitment.