The next exciting and hot book in the fabulous PNR fantasy, The Titanian Chronicles.

Hagen drags himself to the gates of Hell, body and soul shredded by the bloodlust that consumes all the unmated of his kind. Awaiting the painful atonement that will buy him ten more years to find his eternal mate—or face oblivion. But Hades himself kicks him out with the bloodlust still prowling, unsatisfied, in his veins. And he meets a slave woman who captivates him like no other.

Bargained away by her parents to Master O, a mysterious, cruel wizard, Faiza serves in his household, keeping her small magic a secret, plagued by wild, confusing visions of a strange, suffering man. Then the master brings home a wounded Titanian warrior whose touch sends ice, fire, and desire racing through her body.

When she learns Master O plans to use Hagen as a weapon to conquer all races, she devises a desperate plan to free him—a plan that opens a portal to a world she’s never known. And a destiny entwined with danger that could destroy them all.

Pre-order the ebook now for just 99c. The price will increase on release day, so get your copy now.

So, I took part in this last year, and it was manic. Now I have more work, more clients, and more books to write, and I’m still challenging myself to record, edit and post a podcast every day through the month of November. I don’t just go online and talk for ten minutes, and that’s my podcast. No, these are full 30-minute interviews with my guests on Behind The Pen.

It’s very simple. You buy a book and you get one entry into the prize draw to win this awesome reading light from Amazon.
That’s it.
So here are some links for you to check out my books. Or click the links on the books on the righthand side of the blog.

And believe me, I have something for everyone.

And you can email me your proof of purchase or message me on FaceBook and please contact me with any questions you have. Yep, shipping is included.

How good is your imagination?

Here are three monsters from The Quest, book 2 of the YA fantasy, duology, Illusional Reality.

These evil creatures have names, but I want you to dig deep and come up with three names for these monsters. Everyone who plays will have their name put in a hat and one winner will be shipped this original set of prints.

Now, if you go and buy the book and learn what their real names are, please contact me at kkantasauthorassist@gmail.com and I will need POP so only new purchases are allowed to enter.

If you know the real names, and you are the winner, I will throw in something very special with the prints.

This contest is open to everyone. Get your imagination going and name these three monsters from the epic fantasy novel, The Quest, book 2 of Illusional Reality duology.

Just leave a comment or email me your three names to kkantasauthorassist@gmail.com 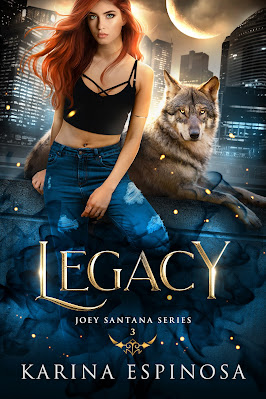 Blurb:
Humans vs Supes. The war has finally begun.

With our faction leaders taken by the humans, we are left to fend for ourselves in a locked down supernatural district with limited supplies. Great. How long can we survive without the outside world?

In my desperate attempt to rescue my friends, I make a deal with both Magdalena and the seelie. Unfortunately, that plan backfires and the consequences are dire. Leaving me in a predicament in which I can’t solve on my own.

With my family curse looming over my head, and the need to help the supes, I desperately try to fix everything. But when it all comes crashing down, will I be able to survive? 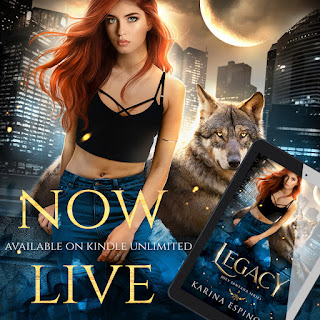 Karina Espinosa is the Urban Fantasy Author of the Mackenzie Grey novels and The Last Valkyrie series. An avid reader throughout her life, the world of Urban Fantasy easily became an obsession that turned into a passion for writing strong leading characters with authentic story arcs. When she isn’t writing badass heroines, you can find this self-proclaimed nomad in her South Florida home binge watching the latest series on Netflix or traveling far and wide for the latest inspiration for her books. Follow her on social media!
Author Links:
Web | Amazon | Goodreads | Facebook | Twitter
Reader Group | Instagram | Bookbub
NOW LIVE!

Everyone has their fav books that will stay with them forever. For some reason, they become the only books that are in hardback or paperback and have pride of place on my books shelf.

Here are my top five in no particular order

S.E Hinton and her rebel YA dramas, such as the classic, The Outsiders will always have a place in my heart it was her book, The Outsiders in particular, that made me want to write my own story and become an author.
https://www.amazon.com/gp/product/B09PNW8851

It was these next three collections of fantasy books that had me binging on Fantasy PNR . And writing my own YA fantasy PNR, Illlusional Reality.

You may have heard of the film and TV series The Mortal Instruments. But I bet you never heard of ClockWork Angel, ClockWork Prince snd Clockwork Princess. Absolutely amazing books.

Only one book was turned into a movie and it starred Nicole Kidman. But it flopped so they never made the other two. These books stretched my imagination thought to the limits. Now it’s a major UK tv show and I’m hoping they stayed close to the original book, as the storyline is epic.

Judge me all you like I thought the books were fabulous. Amazin world being and characters. Kudos for that JK.

Gosh, there are so many people I should thank for helping me to get where I am today.

I certainly wouldn’t have as many books published if it wasn’t for a group on Facebook, which at this time I can’t remember the name of, but I do remember it was run by Marjory.
We would trade fake money to buy a service. Such as, say I would beta read someone’s short story and was given $1000 trading bucks by the author. I need a new cover but I don’t have enough trading bucks to pay for it so, I will trade a cover from a designer, in return for a book trailer. She gets the book trailer, I get my cover and we’re both happy. This went on for years. Huge shout out to Sharon Lipman from Fantasia Cover Designs.
We traded, we swapped services, and we were able to get our books finished and ready for publication without it costing us anything. I know I didn’t have the money back then to afford an editor, let alone a book cover.
Sadly as life moves on, so does your tribe. I can’t remember what the group was called as it was so long ago, but I know I still have around 140,000 trading bucks in my bank. lol

Next, I want to shout out to all the members of the Authors-Professionals Co-op on Facebook. The group has now almost come to a standstill, which is sad. But I know how much the regular, active members got from this group. I’ve made lifelong friends. I met my co-author, Karen J Mossman, with who, I wrote Toxic with. And an amazing man who helped get my daughter, Alexia’s, first illustrated book published. He’s the brains behind the EE branding Electric Eclectic, and he’s an amazing author, Paul White. There are more members, but I can’t remember names, so thank you for your support and for helping me along on my journey.

You’ve heard me mention his name several times already in posts. He’s an advocate for indie artists, owning and running one of the biggest media platforms for indie artists such as authors, directors, actors, musicians and more, And he’s an author himself, with books you all need to check out called, Amongst The Killing and We The Moral Majority. So big thank you for all you’ve done for me Mr Joe Compton and on behalf of all indie artists that you have helped promote, with Go Indie Now, we salute you.

And, recently I met a wonderful lady who runs The Writer’s Tribe Facebook group. I haven’t been a member here long, but I’ve been welcomed into the tribe and then practically forced to write by Venessa Giunta and her sprints, lol. So, shout out to our cheerleader, who is inspiring, bubbly and always encouraging the tribe.

So many other people have played a part in helping me on my journey. Please forgive me if I haven’t singled you out that doesn’t mean I think any less of you, it just means my memory, which I have problems with, couldn’t remember you at the time I wrote this post.

I am just a little cog in the indie writing community but you are MY TRIBE.

Show and tell your books.

Agh… my favourite pastime. Where to begin. At the start, where else!

2) S.E.Hinton and her book, The Outsiders, was the reason I wrote ITOV.

3) A woman was reading the book by a pool and was so caught in the story, she didn’t see or hear her boyfriend calling to her as he got cramp, and was going under. Oops.

Then came Huntress Dark MC romance 18+ due to explicit scenes and graphic violence.

After two male-oriented MC novels, I wanted the women to have their turn. Book three is a vigilante thriller MC novel called Lawless Justice.

The last book in the series is Road Rage it’s a stand-alone read. 18+ because of the graphic violent scenes and the explicit sexual scenes.

Moving on- this was my first (and won’t be the last) Dark Mafia Romance, Broken Chains. I enjoyed writing this book so much, and I had loads of fun with it. 18+ due to explicit content and graphic violence.

Moving on to my collections. Heads & Tales is a collection of flash fiction in a mixture of fiction genres.

Undressed, is my second collection, It has poetry, prose, short fiction and writing prompts.

On to my YA fantasy romance, duology, Illusional Reality. Book one.

Book two of the duology, The Quest

Stone Cold is a YA supernatural thriller.

Toxic is a sci-fi dystopian erotica (yes I like making up my own genres.)

A Flash of Horror – A collection of flash fiction from the horror genre. (in case that wasn’t obvious)

The other two fiction books are In Times of Violence, adult edition (to go with the original OUTLAW series.)
And the box set of Illusional Reality.

And that’s not all. I’ve been working on a small project with my youngest daughter. Take a look.

Links to all my books will be on the right-hand side of the page. Thanks for your support and feel free to share.

Many independent authors feel invisible. They write, publish and promote their books as well as they can, but they still can’t get sales, can’t find readers and can’t get reviews. In this episode of Behind The Pen, I chat with Mark Anthony Tierno. This is an author that has been writing and publishing for years. With over 30 books to his name and the size of these novels are enormous. We’re talking close to War and Peace size. But don’t let the size of his books put you off. The magic, the characters and the world building in his series Maldene, could rival the epic fantasy adventure, Lord Of The Rings.

Let me introduce you to Mark Anthony Tierno

Please help Mark become a visible author, by sharing and even reading his work.