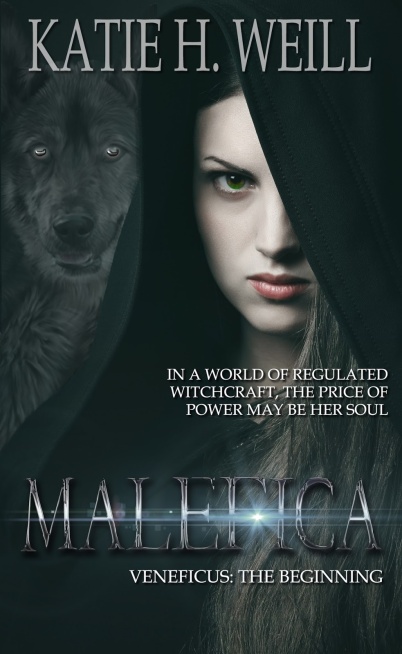 Claudia Matthews turns 18 tomorrow – as long as she can make it through the first day of classes at Oakley High School. It’s more than her inherent strangeness that keeps her from fitting in. Her ill-tempered service dog, Luca, isn’t winning her friends and her class schedule is even less welcoming, dropping her into the government- mandated, “The History of Witches”.
They are real, she’s been told. They are powerful, and evil – yet Claudia wants to know if that’s actually a universal truth. Are all witches really that bad?
When a mysterious gift appears, dark secrets are cast into the light, and the world as she knows it may change forever. Now armed with questions, Claudia will need to figure out if it’s truly worth finding the truth when textbooks don’t hold all the answers. Drawn into a world of hidden covens and regulated magic, she may learn more than she bargained for. Now Claudia has to fight the lure of power and a temptation much more passionate…or lose herself to both. The truth could set her free… or damn her forever.

Katie H. Weill is the descendant of a witch – descendant of Ann Pudeator, a wealthy woman in her seventies who did nothing but care for others, and one of the last women accused and executed in Salem, Massachusetts. Katie was inspired by the hard fought findings of her Aunt to create a story that started with a sprinkle of history and unraveled a tale from there. With her husband and her rescued dog at her side she is enthralled by the idea of creating new stories and worlds and looks forward to sharing them with the world. Ann Pudeator was exonerated in 1957 by the Massachusetts General Court of all charges.

She could turn the demon over, and she could find out about her father…
“Can I help you?” A skinny cop in uniform sat, bleary-eyed, and clutching a giant cup of coffee between his two hands as he shivered against the cold which drifted in through the briefly open door.
“I need to speak to,” she paused; who did she ask for?
Claudia reached up once again to brush her fingers over her eyes as if that would help clear the haze from her mind, and felt her brows furrow down as the name of the department her father worked for came to her.
“Someone in the Department of Occult Enforcement.” She lowered her hands as the officer slowly lowered his cup to the desk, his eyes widening.
“T-this is just a local P.D. miss,” he extended his hand, pressing a button firmly on the phone on the desk, picking up the receiver while never looking away from her. “But I’ll get you my superior,” he was already starting to mumble, and when he spoke into the phone, it was a blur of words her tired brain didn’t feel like deciphering.
“Thank you,” Claudia had considered turning to sit down in one of the chairs, but the slap of shoes on the linoleum brought her attention to a door off to the right that swung open, and she watched a large man in a suit and undone tie step forward. Instant recognition crossed his face, and his hand snapped towards his side arm.
‘Run,’ her mind whispered, but she couldn’t make herself head for the door.
Her feet felt rooted to the spot as if the ivy from outside had curled up around her ankles and held her in place; the perfect target for a full clip of bullets. “I’m Claudia Matthews,” tears clogged her throat suddenly as she watched him, voice thick, tired and desperate. “And I really need your help.” She managed and then her knees buckled in their exhaustion, sending her tumbling to the floor.